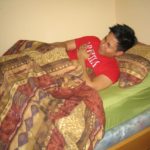 Signs and symptoms of an asthma attack

Common forms of asthma attacks are mild asthma attacks, these occur more common and the airways open within a few minutes to a few hours after being treated but in severe cases, these occur less but happen for a long period of time and require immediate medical attention.

There are early warning signs that you can spot to know that an asthma attack is coming. These happen before the general symptoms of asthma occur and is a sign that your asthma is becoming worse.

You can determine that an asthma attack is coming with these early warning signs:

If you are in an asthma attack, sit up straight and don’t do anything then try your best to relax. Use your inhaler every minute until you use it ten (10) times. If your symptoms fail to get better, it is time to dial your emergency medical service hotline. While waiting for an ambulance, it is best to continue using your inhaler until the ambulance arrives.

Patients suffering from asthma have high chances of getting asthma attack. Some of the common symptoms that will show you that a patient has the attack include difficulty in talking, breath shortness and change of lips or fingernails to blue color. Read the article to understand how you can handle such emergency situations.

If the victim has a personal asthma action plan from a doctor it is advisable to follow it strictly. Follow the directions used to provide the medication and in case of an acute asthma attack seek medical help immediately.

If the patient does not follow any action plan, you need to offer first aid for asthma to rescue him or her from the fatal situation.

There are two types of inhalers, then one with a spacer and one without the spacer.

Using an inhaler with a spacer

Follow similar steps even when using an inhaler without the spacer.

If breathing is still an issue even after using the inhaler, follow these steps to deal with the asthma attack.

Monitor the victim until the emergency service provider arrives. If you recognize drowsiness, this means that the problem may be getting worse. You should also not assume that there is some improvement if no wheezing can be heard from the victim. This can also show that the asthma attack is going to another dangerous level.