Thermal burns are burns caused exposure to steam, hot liquids, hot metals or open flames. Steam burns usually occur in the kitchen when an individual lifts a lid from a pot of boiling liquid. Steam burns can be considered as minor injuries but can become severe.

Steam burns can be caused by close exposure to a steam cooker or a pot of boiling water. The steam that comes of a scorching or steaming substance forms a burn and the grade of injury will depend on the harshness of the burn sustained. It is vital to manage steam burn properly in order to prevent scarring or making the condition worse. 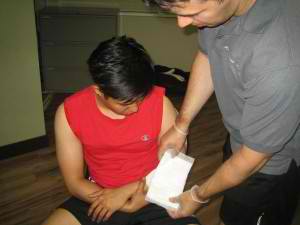 If it is a mild burn or first degree burn, apply an antibiotic ointment and cover it up using light and non-adhesive gauze.