How to deal with sore thighs

An individual can end up with sore thighs every now and then. The thigh is part of the body between the pelvis and the knee. The quadriceps which are the extensor muscles in the top of the thigh are the largest groups of muscles in the thigh. The quadriceps is composed of rectus femoris, vastus lateralis, vastus intermedius and vastus medialis that helps to extend and straighten the lower leg.

The hamstrings are also large group of muscles which are flexor muscles found at the back of the thigh. The hamstrings brings the leg backward and flex the leg toward the buttocks. Whether caused by sitting in the same position for a longer time, performing intense exercises and lack of muscle conditioning, sore thighs can occur which makes walking difficult and painful. 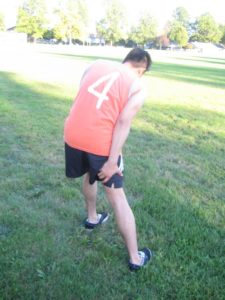 Apply an ice pack on the affected thigh.